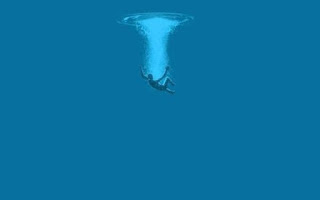 I heard this story of a scuba diving accident from a professional scuba diver.
The place where it happened is too famous so I won't mention its name.
But it is a spot that often appears in scuba diving magazines and it is also one of the most popular places among foreign tourists.
The story concerns a local instructor who was coaching two clients.
They went to a cave-like place, where the water tended to be dark even in the daytime.
For safety reasons, the clients were asked never to leave the instructor's side while in there.
But after sometime, the instructor noticed that one of the clients was missing.
The instructor told the other client that he was going to search for the missing client, and that the client should stay afloat and wait for his return.
However, the instructor was gone for a long time, and this client at last grew tired of waiting, and he left the cave and returned to the shore on his own.
He had a thought that the instructor and the other client might have already returned to the shore before him.
But when he asked about them at the diving shop, he was told that they hadn't come back yet.
This caused much commotion, and a search for the missing two people began at once.
Eventually they were found, but they were both already dead.
I don't remember if they were found in the cave, but I heard that the client's residual pressure had dropped to zero.
The instructor, on the other hand, had somehow died holding a blackboard in his hand.
On the blackboard it as written:
"I am sorry."
-------------------------------------------------
Links :
Scuba diving in Japan: The full guide to diving in Japan
7 scuba diving spots in Japan you must visit
Top diving sites in Japan
Japan Diving
Dive shops in Japan
Inexplicable#3 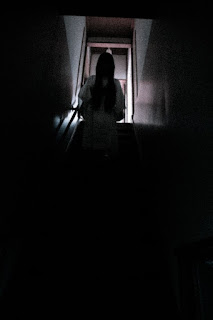