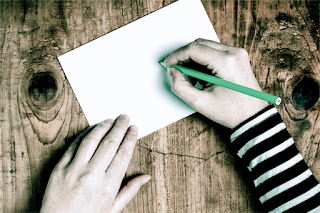 A man accidentally ran over a little girl with a car and killed her.
The girl was the only child of a single mother. The man's heart was filled with remorse; he went to see the mother in person and apologized to her with tears in his eyes.
The mother responded by saying,
"I don't want any money from you. But do this one thing for me --- send me these poatcards, one at a time, every month from now on."
She handed him about one hundred postcards.
He was surprised that she didn't ask him to do more, and promised to her that he would send one postcard to her every single month without fail.
For the next two years, the man diligently sent a postcard to her once a month, but then he began to forget sending them.
He sent them less and less often, until he stopped altogether.
Three years later, he was making a bonfire in the backyard when he suddenly remembered about those postcards.
The mother hadn't said anything to him at all, and he didn't want to be trapped in the past forever.
He went back inside the house, took the postcards out, and threw them on the bonfire.
He felt a little emotional watching them slowly burn, remembering the mother and the child.
But soon he noticed some words started appearing on the postcards.
Those words were apparently written in invisible ink, and were only made visible after they came into contact with the heat from the bonfire.
Each postcard was filled with the same one word written over and over again, from top to bottom.
The word was this:
"Murderer."
---------------------------------
⭐Next week, I will be posting on Sunday 19th, because I will be busy on Saturday!
People #2