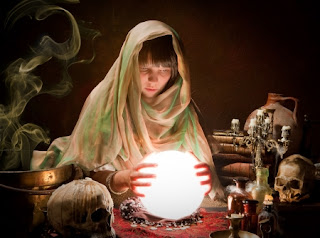 (😊⭐This is a famous urban legend.)
It is said that if, at around 2 a.m., you hold a razor blade in your mouth, and peer down into a bowl of water, you will see your future husband or wife...
One girl heard about this ritual, and decided to try it.
She prepared a bowl filled with water and waited until it was 2 a.m. ; her heart was pounding with excitement.
Then the clock chimed two.
An image of a man spread on the surface of the water.
The girl was so surprised that she dropped the razor blade into the bowl.
The moment she dropped it, the water became crimson red.
The girl became so scared that she ran back to her bed and went to sleep.
Ten years later, when she had totally forgotten about it, the girl became a woman and she met an attractive man.
But he was always wearing a face mask wherever they went.
So she asked him, "why are you always wearing a mask?"
Instead of answering her, the man took off the mask.
There was a large scar on his face.
She asked him again, "what happened to your face?"
He shouted:
"You did it!"
--------------------------------------
This story seems funny considering that nowadays you wouldn't think your date was strange if they wore a mask every time you saw them. 😆✨
When you tell this story to someone, you are supposed to start off quietly, and then shout at the end to make them jump😆💎✨
Another story about fortune-telling:
⭐The Fortune-Teller
Urban Legend